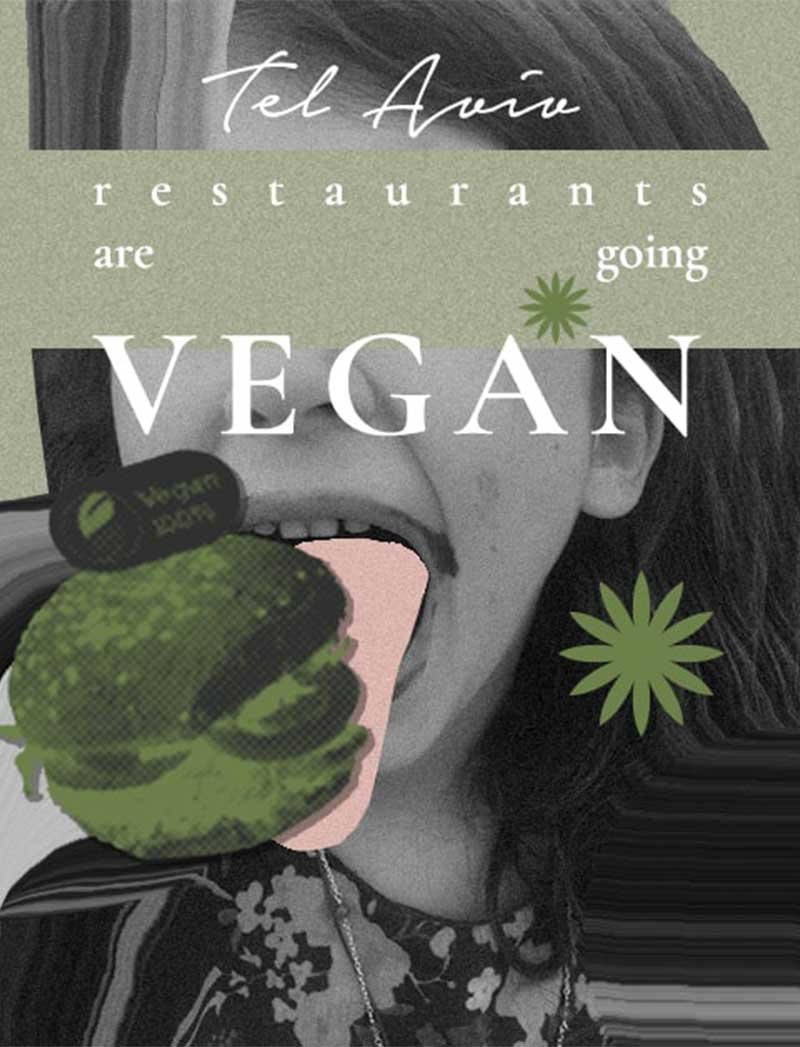 In this article, we take a look at 10 of the best Tel Aviv restaurants to go to as a vegan.

As we mentioned in our previous article The Truth About Tel Aviv, Tel Aviv is rich in diversity in all aspects of life, whether it’s race, culture, sex, education, religion, or beliefs in general. This rich diversity leads to a population that hosts many niches.

One of the niches we’ll be exploring today touches on a subject that is common to pretty much all of us – food. Food certainly plays a big role in our lives; it raises us, it appears at nearly all our major events, it brings us together and unites us in pleasurable activity. Many important decisions have taken place over a meal, many culturally famous artworks are based on food and, in general, food is a major talking point for people all over the world and for many reasons — some positive and some not so positive — often leads to passionate and heated debates.

Food today is not just about taste anymore, it’s not just about health; food today has entered the world of ethics, with people all over the world asking the question, “Is it ethically right to eat this?” Because of this question, I have personally fallen out with family and friends so I know firsthand the implications of questioning common food choices.
It is this ethical questioning within Israel that has led to many articles being written on the topic such as “Is Israel Going to Be the First Vegan Nation?”

Is Israel the Vegan Capital of the World?

The rise in veganism has been referred to as one of the most dominant trends in Tel Aviv in the past 5 years. With an estimated 4% of the population being vegan and an estimated 13% abstaining from eating meat, this minority is approaching a tipping point in Israel, which has led some to refer to Israel as the vegan capital of the world.

This trend has seen the birth of many new vegan restaurants in Tel Aviv and an increasing number of Tel Aviv restaurants either going vegan or offering a substantial increase in their vegan options. Due to an ambitious organization called Vegan Friendly, many top Tel Aviv restaurants feature a vegan menu alongside their more traditional menu. In fact, anywhere you see the Vegan Friendly sign, you can be sure that restaurant has a good selection of vegan items. Some of these eateries include chain names such as Domino’s Pizza, Café Greg, and Landver Café, among many more.
There is no doubt about it, if you want to eat vegan on your next trip to Tel Aviv you’re spoiled for choice, but we want to make it as easy as possible for you, so in this article we will list 10 of the best Tel Aviv restaurants to eat in as a vegan.

The Best Tel Aviv Restaurants to Eat in as a Vegan

This is perhaps my favorite vegan restaurant in Tel Aviv and I’m guilty of always ordering the same thing – the burger – I love it. This restaurant is always busy, it has a diverse menu, great sauces, scrumptious desserts and excellent beer.
If you’re in Tel Aviv on a Monday, definitely go here, as they currently offer a 50% discount every Monday.
Find it on Google Maps

This restaurant turned vegan overnight, which was a shock to many Tel Avivians as it was one of Tel Aviv’s most famous restaurants. With a great reputation for dining Georgian-style, drinking late, and dancing on the bar, people were shocked when the owner went vegan and then turned the entire place 100% vegan.
The restaurant continued to do a good business and has made as successful crossover to the vegan theme, with a regular flow of traffic coming and going daily.
The best thing about this place is the atmosphere; it’s just cool with the interesting artwork and general hip vibe. It is worth a visit.
Find it on Google Maps

To be honest, I wasn’t expecting much from this place when I went to eat there with my wife. I thought – street food; cheap, nothing much, but damn – was I wrong about that.
The restaurant, while being modest, delivers rich and multi-layered options; the dosa is done to perfection, and it really is service with a smile. The hidden surprise in this restaurant was the dessert. I had the peanut butter-themed dessert; it wasn’t much to look at, but it was a party in my mouth and this flavor sensation would definitely keep me coming back.
Find it on Google Maps

This is a popular restaurant in Tel Aviv and it appears to do excellent business; it has a unique vibe to it, with a regularly changing menu. I was at this restaurant once and they had a very tasty mushroom-based dish that I devoured. However the best experience here was their chocolate danishes; it’s fair to say that they were heavenly.
You can check out their website – Zakaim or like them on Facebook HERE!
Find it on Google Maps

Miss Kaplan is a gem of a vegan restaurant that offers something different than all the other vegan restaurants in Tel Aviv. It is fine dining, with artistic expressions of food which delight all of the senses.
If you go to this restaurant in Tel Aviv, you must try the hotdog; it is quite the flavor sensation. It confuses you as it is made out of a whole carrot and yet it tastes, smells, and feels like a hotdog. It is a memorable experience.
Check out the menu on their website – Miss Kaplan
Find it on Google Maps

This restaurant is packed with people all day long, every day of the week. The serving staff are some of the best in Tel Aviv, everything on the menu tastes great, and I have never said that about any other restaurant. You can open the menu, close your eyes, point at something, order it and you will be a happy customer.
However, if you want to get straight down to business, order their Israeli-style breakfast. This breakfast is based on an omelet, bread, coffee, juice, salad and a selection of vegan cream cheeses and dips. It’s a filling, tasty and beautiful way to start your day.
You can also follow Anastasia on Facebook by clicking HERE!
Find it on Google Maps

This is a pizza joint, however if you’re going for a traditional pizza you may be disappointed, as it’s their own version of pizza as opposed to a copy of traditional pizza.
Once you let go of your traditional idea of what a pizza is you open yourself up to a culinary delight as their food tastes great and it is a regular hang-out spot for many vegans.
Like them on Facebook HERE!
Find it on Google Maps

This is not a restaurant, but you can sit down there and have a coffee and cake so I included it on the list. They have an excellent selection of vegan baked goods, both sweet and savory.
You may want to try their carrot cake, with a unique crumble topping; it is sensational.
Check out their website: Seeds
Like them on Facebook HERE!
Find it on Google Maps

The Green Roll is a vegan sushi restaurant in Tel Aviv. This restaurant is an ambitious attempt to reinvent sushi for the growing community. They don’t just make vegan sushi; they are different with it, creating unique combinations and flavor sensations.
Check out their website: The Green Roll
Like them on Facebook HERE!
Find it on Google Maps

Hippo falafel is my number one place in Tel Aviv to get a pita and falafel. What makes this place great is not the falafel itself (which is organic by the way) but the sauces they offer as a compliment to your falafel. The green tahini is delicious, and they also serve additional extras that you wouldn’t normally find in a falafel joint, such as bean and lentil combinations.
Find it on Google Maps
Bonus Tip: Many, if not all, of the ice cream parlors around Tel Aviv have a wide selection of vegan options and at Legenda ice cream parlor you can also get a vegan frozen yogurt option with a selection of delicious toppings, including hot chocolate sauce.
Double Bonus Tip: Many of the supermarkets offer a myriad of vegan options. You’ll often find these options in the health food section, but there is also an abundance of vegan junk food, some of which are only vegan because they are for the Israeli market. For example, Doritos tortilla chips are vegan in Israel but often are not vegan outside of Israel. Due to the kosher market a lot of Israeli food is vegan by default.

Along with the above list and the growing number of vegan-friendly Tel Aviv restaurants, there is no doubt that your vegan dining experience will be a pleasurable and abundant one. There’s no reason why ethical choices can’t be tasty, too, when you’re dining in Tel Aviv restaurants.
Have we missed one, which vegan restaurants would you include on this list?
Article by Scott D. Renwick. 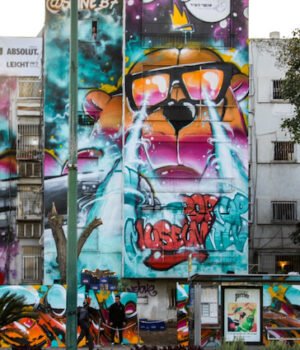 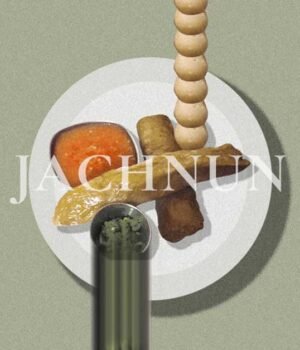 Get to Know Just Why “Jachnun” is Israel’s Weirdest Food! 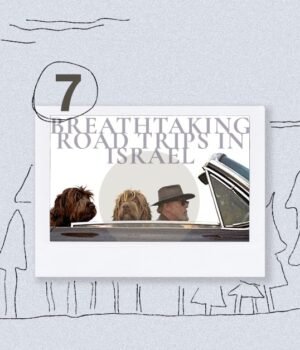 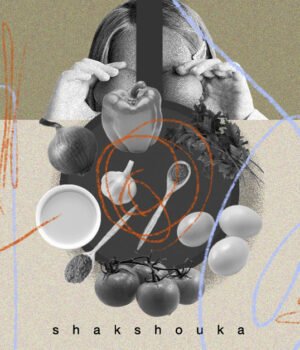 6+1 Best Shakshouka in Tel Aviv, Including our Very own Recipe 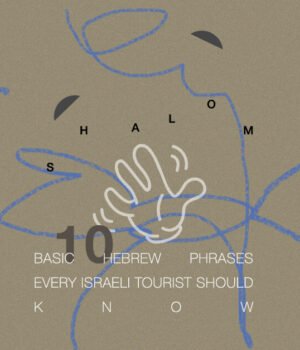 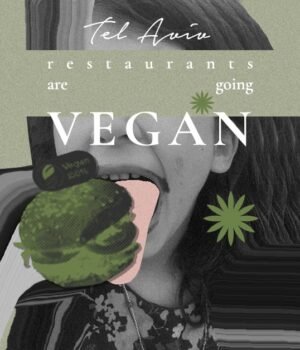 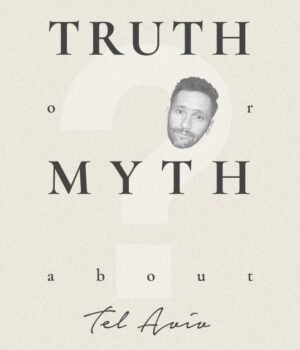 The Truth About Tel Aviv 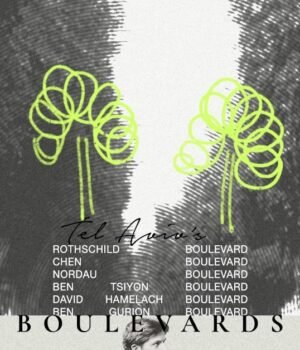 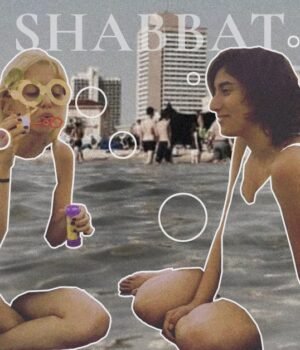 What do the Locals do on Shabbat?