Tel Aviv is filled with boutiques and clothing stores by international fashion labels – but once in Israel it’s worth getting to know the local designer scene. With this week’s blog post our goal was to encourage vacationers to discover Tel Aviv fashion, and to introduce the faces, souls, and hearts behind the most inspiring Israeli labels.

I asked 7 of my favorite Israeli designers to strike a pose in front of Hungarian-Israeli photographer, Doron Ritter’s camera wearing their self-designed outfits, and while doing so answer the ultimate question: why is it so important that people start to pay attention to the fashion-designer scene of Israel? As they all reply, we also present their label in a few words, mentioning where they came from, where they are now and where are they heading to. Hopefully – with the help of curious and open-minded fashionistas from all over the world – they’re heading towards international recognition. Let’s unlock Tel Aviv fashion together.

“It’s very hard to be a designer here, because there are so many great talents and the market is so tiny. At the same time, these difficulties are pushing us to the next level: all our works have to be truly unique, special, and fun to wear.”

Nadav started to attend the Tel Aviv fashion fairs like Dress Code and quickly  realized his clients are not only students and thirty-something women, but ladies in their fifties as well. This is when he decided he needed to adjust himself – and his dresses – to his crowd: he started making bigger sizes, and people appreciate the attention. Although Nadav is focusing on women’s wear, some of the bravest boys are gladly experimenting with his designs – like Uriel Yekutiel who’s proudly wearing blouses from the latest Northern Star collection.

“There is something different here from other countries and places. It might be because of the difficult situation we live in – it brings something unusual. There is no other place like Israel – you can’t compare the local style and atmosphere to anything else. You can argue if u love it or not – but it is unique in its very own way.”

Might sound like a cliché, but designers often say they started to make sketches at a very young age… well, that’s Ella. Later on, after the army, travelling in South America – as every Israeli does at that point in their lives – she understood that the time had come, and she decided to study in a school where she learnt the basics. Why didn’t she want to go to Shankar, or Bezalel, the famous art schools of Israel? She feels doesn’t function well in an institutional environment. Her university, before founding her own brand, was working at Victor Bellaish’s studio, who is very famous Israeli designer.

“We have some really talented designers here – if they were from somewhere else they would be noticed internationally, for sure. But the truth is, if we’d create elsewhere, we’d not have the same style. The colors, the atmosphere, the dressed-down urban feeling, and the beach are all unique factors of the Tel Avivian, Israeli fashion scene.”

Her hospitality goes way beyond introducing her collection. It’s more about bringing together different worlds; from Damascus and Egypt through London and Berlin, arriving in Jerusalem and Tel Aviv. Her textiles are sourced from surrounding countries, her vision is inspired by the streets of Paris – which is her all-time favorite city –, and her self-painted patterns are often taken from the wall murals of ancient synagogues. Tamar was a rising star of the Tel Avivian fashion scene, founding the label “Ishtar”, but these days she is not doing it for “the business” any longer, but if you are lucky enough, you might mind some vintage “Ishtar” outfits in Tel Aviv – or get to know her at her Italian restaurant she opened after the closing of her fashion house.

“The local fashion world changed so much in the recent few years: we have a fascinating mix of small fashion houses that produce original Israeli fashion, with a unique statement. Our fabrics are one of a kind, and the peerless commodity combined with the enthusiasm of the local designers leads the costumers to a fashion scene which you don’t find anywhere else in the world.”

Gal Angel – the cheeky girl with the smiley face – has created retro-chic swimwear and lingerie since 2008. Her brand, Ugly Duckling, provides the perfect outfits for a stylish city-beach girl – the kind that Marilyn Monroe (and Jack Lemmon) embodied while playing with the beach ball in Some Like It Hot. The designer’s approach is to create outfits which can be varied, mixed and matched, and her inspiration is usually the nostalgic, vintage feeling. As she says: “I experiment with a fusion between my favorite 60s cuts and appeal, and the 80s pop-trash culture. It gives a fresh kick to the collection.”

“Israeli women want to look fashionable but not to look overdressed. A girl from Israel needs the little details to make her feel special, but she’d never wear something that’s limiting her in being her natural self. For me the local fashion is easygoing and glamorous at the same time, and of course the materials fit the steamy, hot summer weather, and the mild winter.”

Neta graduated from Shenkar Academy of Art and Design Tel Aviv fashion school. This designer has been working for commercial clothing brand, Honigman, and she was the main designer of the casual line of of Israel’s most famous fashion royalty, Yosef. After a few years of trying her wings she decided to start her own line, Neta Efrati, and she opened a magical studio just by the flea market of Jaffa.

“People know that we are important in high-tech start-ups, but it’s time they discover that we are also creating beautiful fashion. Designers here are influenced by their lives and family’s roots, the surroundings, and beautiful people. What’s connecting us is that we are taking out the best of the situation – driven by our own voice and perspectives.”

Maria Berman  was born in Russia, and has lived in Israel since the age of 12. Maria graduated in fashion design from Israel’s prestigious Shankar College. She has had an eponymous label since 2009 and by now it’s becoming a leading name in the Tel Avivian fashion scene.

“Wherever you are, you are influenced by the scenery – and the same thing happens to the clothes: they relate to their surroundings. Our inspiration is to connect to the origins of what we essentially are, and giving a meaning to them in a new, urban environment.  What comes out is always very interesting.  We never arrive, we are always looking for ourselves, and with that we give a statement to the world of fashion.”

Although Meital’s and Rahya’s mother created beautiful clothes for herself and for the kids, she never wanted her girls to study fashion. When Meital got accepted at Jerusalem’s famous art school, Betzalel, Rahya decided to follow her dream as well, and she chose Shankar – the prestigious academy of fashion in Tel Aviv. “We wanted to experience and learn different things, so one day when we would have a fashion label together, we could both bring a new aspect into the work.” – as they say.  The brand debuted at the 2011 Tel Aviv FW in the “Upcoming Designers” section.

Gay Tel Aviv is Not Dead

Gay Tel Aviv, the LGBTQ capital of the Middle East – so they say, yet ...read more 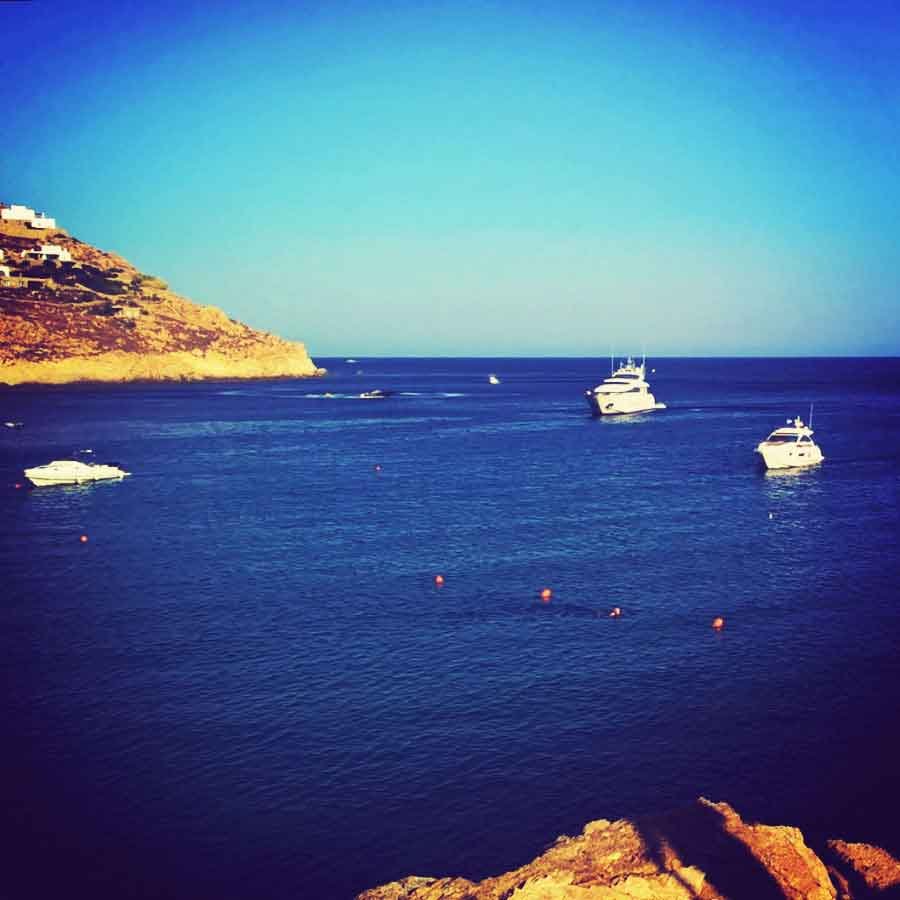 How to Make a House a Home : Interior Design in Tel Aviv

Express Apartment Makeover in TLV - Our home decorators had 24 hours to turn a ...read more